YOU GUYSSS!! I CANNOT WAITTT 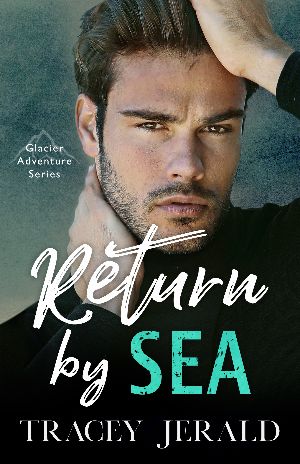 I lost my heart to a man who walked away without looking back. Over the years, I dealt with the hand life dealt me, slowly shutting down my soul.

For twenty years, I’ve loved Nicholas Cain. He’s returned but neither of us are the same people we were back then. We’ve been polished, punished by life’s harshest seas.

My heart is torn between what was and what could be, but I can’t turn away. And despite everything, the choice to love him both thrills and terrifies me.

Just like my brother predicted it would years before it actually happened.

ADD TO YOUR TBR 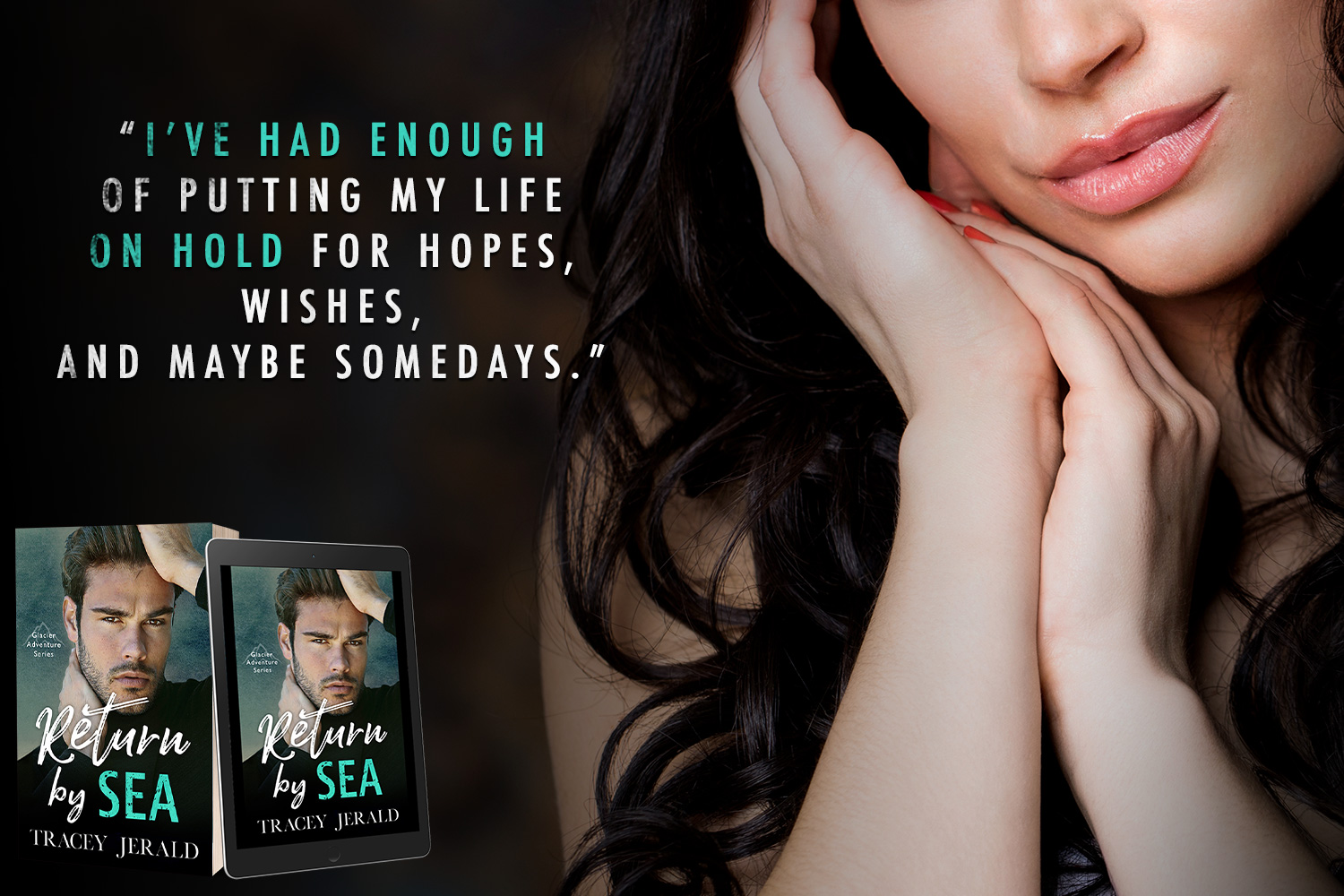 A few minutes later, I pull up to the gym next to Rainey’s Subaru and a rental. “Surprised the place isn’t mobbed with fans.” But as I get closer, I glimpse a sign that reads, “Gym under construction until further notice. Contact management for hours of operation.”

I pull at the door and find it locked. Smart man, Nick. I pull out my cell and begin to dial his number when a man at least ten years my junior unlocks the door. He’s shirtless with taped hands, and his eyes widen before he apologizes. “I’m sorry, but the gym’s closed for construction.” He gives me a head-to-toe perusal and swallows hard.

I bite my lower lip to contain my laughter. “Well, since Nick showed me the picture of Reece the other morning when we had breakfast, you must be the guy who works for him.”

“You know about…wait. Who are you?” The guy tries to look intimidating, but his boyish good looks don’t quite pull it off.

“Maris Smith. And you are?” I hold out my hand.

I make a sympathetic sound. “You poor thing.”

“Why’s that, Maris? I mean Ms. Smith?” He stumbles over his words.

“Parents naming you ‘Oh Shit’? Probably got into MMA to beat the crap out of people growing up,” I ask, tongue in cheek.

“No wonder he’s loopy over you,” the blond Adonis murmurs. Then louder, “Oliver Drake, and it’s a pleasure to meet you, Ms. Smith.”

I shake his hand. “Make it Maris.”

“Did you just pop by to watch?”

“Actually I…” But as soon as I start to speak, my voice drifts off as what my eyes are seeing in front of me connects with the synapses in my brain. My legs start to tremble, and my nipples start to harden.

Nick’s in the ring.

After a few high power kicks from each of them, Nick’s got Reece up against the ropes with a hard left hook and a kick right down the middle. Reece doesn’t take this for long before he spins Nick around and tries to get a knee up to his head, but Nick hooks his other leg around him, trying to take him to the mat.

Intellectually, I’m surprised Nick is going this route. He’s always been a take his opponent down and out kind of fighter, but the glimpse of Reece’s stats the other day makes me understand why. Nick is trying to get the kid to have a more well-rounded fight strategy, and if it took me all of twelve seconds to recognize his weakness, it will take a professional camp less than that. It takes him a few, and a good elbow, but Nick finally takes him to the mat.

As they grapple, I grip the back of the chair in front of me, unable to stand on my own. My breath is coming out in short pants as Nick taunts the younger man with slaps, not really hurting him even though he could. He’s trying to find the fire, the passion within him.

God knows he’s found it within me.

I’m trembling as Nick lands shot after shot, before the man next to me lets out a piercing whistle. “Okay. Reece, he’d have crushed you if he was trying. Let’s work on your ground game.”

Nick immediately sits back and slaps the other man on his shoulder. Then his eyes meet mine, and time freezes. “Ollie, you didn’t mention we had an audience.”

“And as I was about to say.” I can hear the eye roll in Oliver’s voice. “Nick, you have company.”

Even before Oliver can finish the sentence, Nick is slipping through the ropes. “Sunshine, what are you doing here? Is everything okay?”

I shake my head.

Nick lifts a hand to push a strand of hair back. “What is it?”

I open and close my mouth, but no words come out.

Cursing, Nick grabs my hand. “Come with me.” Turning he drags me past the ring, past the free weights, through a set of doors. Pulling me in, Nick slams the door shut before throwing the lock behind us. “This is as much privacy as I can guarantee us right now.”

“Okay.” But beyond that, I have no idea of what I’m supposed to say or why I came in the first place. The only thing I can focus on are the layers upon layers of sweaty muscles that are within reach. Involuntarily, my fingers twitch. Somehow, I manage to not touch him. I don’t know how, but I do.

He steps closer. I step back. We perform this little dance until my head causes metal to rattle. Lockers. Gym. Right. That somehow jars the reason I’m here. “Rainey sent me.”

“Did she?” He braces an arm above my head. I inhale the scent of sweat. My eyes track the hair from under his arm across his pecs as it bisects the muscles of his stomach down into the close-fitting workout shorts.

I barely manage a nod. “Yeah. Said you’re on duty or something.”

“Uh-huh. Did she mention why?” His voice is so deep it’s caressing all of my nerve endings.

“Sex” is what comes out of my mouth. I reach between us and slap a hand over my mouth as his lips curve upward. “Not with her.”

“Of course not.” The hand that isn’t braced over my head trails up my side until it reaches my hair. A single finger twirls in my hair over and over. “There’s only one woman I want that way.”

Instead of answering me, Nick leans closer until his lips are brushing against mine. “What did Rainey want?”

“Rainey who?” is what I manage to get out.

“Good answer.” Just before his lips capture mine. Releasing my hair, he slides both hands under my ass and boosts me up for me to wrap my legs around his waist.

And in this moment when I want him so badly, I capitulate to the desire and do just that. 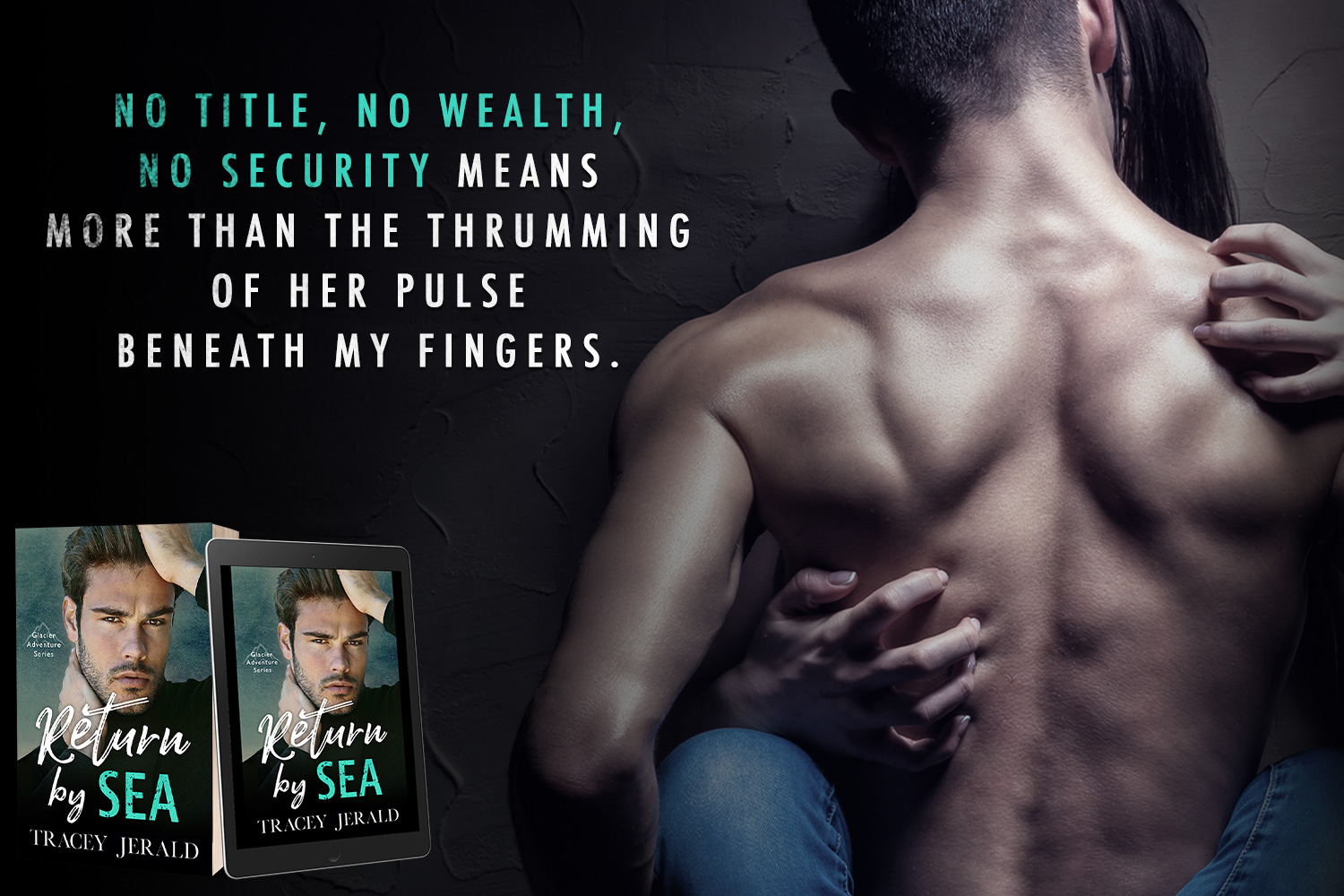 One of Five eARC's for Return by Sea 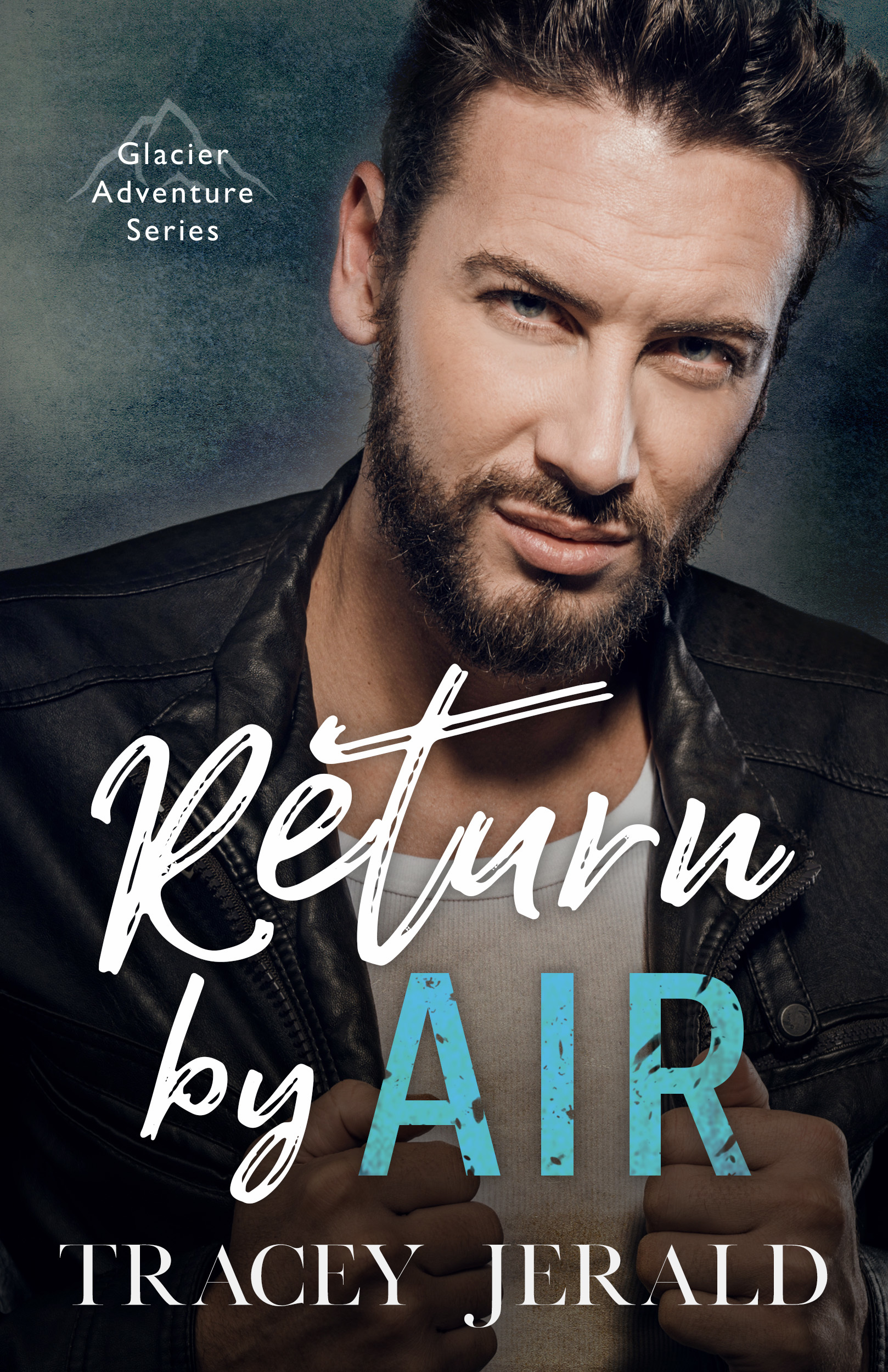 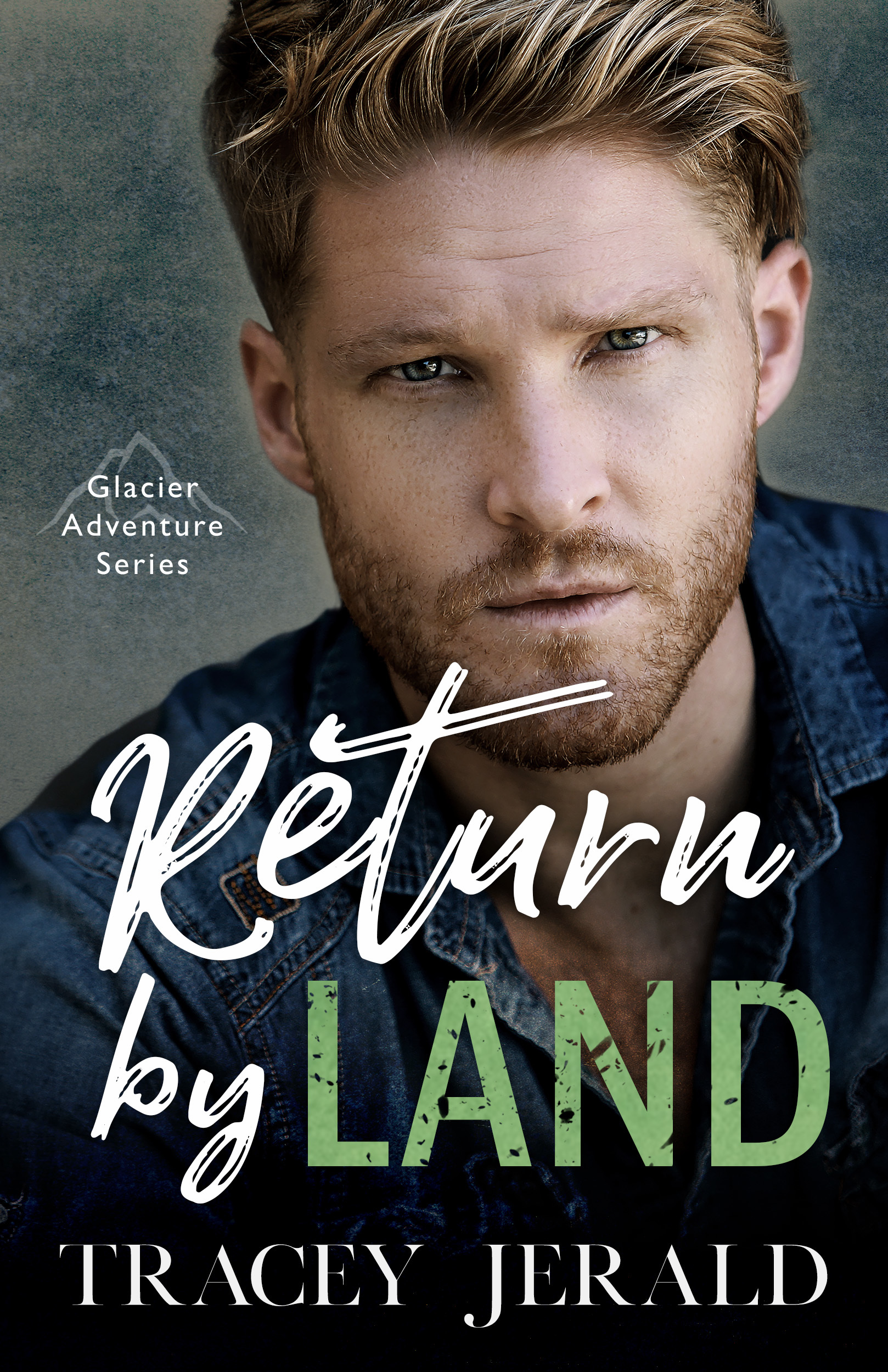 Tracey Jerald knew she was meant to be a writer when she would re-write the ending of books in her head on her bike when she was a young girl growing up in southern Connecticut. It wasn’t long before she was typing alternate endings and extended epilogues “just for fun”.

After college in Florida, where she obtained a degree in Criminal Justice swearing she saw things she’ll never quite believe and never quite forget, Tracey traded the world of law and order for IT.

Her work for a world-wide internet startup transferred her to Northern Virginia where she met her husband in what many call their own happily ever after. They have one son.

When she’s not busy with her family or writing, Tracey can be found in her home in north Florida drinking coffee, reading, training for a runDisney event, or feeding her addiction to HGTV.