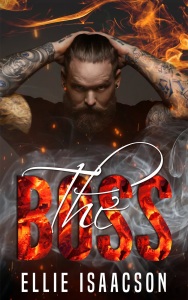 Natalia
I hated him from the moment I first saw him.
Those bright blue eyes brought reminders of my biggest regret, my greatest loss, the thing that tortured me and had me struggling for control.
Each time I pushed him, he pushed back. Each time he touched me, something in me broke.
He would be the death of me, but I couldn’t stop.
Diesel
Her brothers brought me into their family. Gave me the one thing I needed more than anything else. Then they asked me to do something I wasn’t sure I could.
Take care of her.
She was trouble wrapped up in a gorgeous package, but I wanted to wrap her in my arms. Soothe her worries, calm her fears, show her what it felt like to let go.
The fire between us ignited. But as the walls burned down around me, I’d be forced to choose between the life I’d always known, and the love of my life. 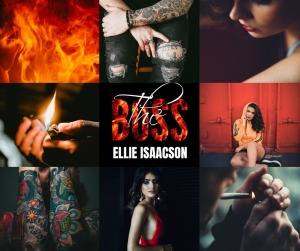 “Diesel?” My voice wavered between whisper and yell, and his head snapped up in surprise.Blue the color of the bright spring sky sparked with life as those eyes took me in. The corners of his lips twitched into an almost-smile before he wiped it away with his fist. “Mornin’.” His voice was gruff, full of gravel and not enough sleep. The way it rasped out across his lips made my wobbly knees shake. “How’d ya sleep?”My gaze dropped to the floor and I turned my face from his as I tucked a strand of hair behind my ear. “Umm, okay,” I said, telling him a partial lie. “And you?”In answer, he rose from his chair, his long, lean body hovering over me. His eyes searched mine, darting back and forth as if by doing so he could find the truth. “Don’t believe you.”“Excuse me?”He gripped my chin between his thumb and finger, guiding my face to be aligned with his. “I. Don’t. Believe you.”Scowling, I ripped my chin from his grasp. I spun on my heel and pulled open the fridge. “How would you know?”The heat from his body followed me. Every hair on my head seemed to stand on end. With a hand on the door next to mine, he leaned in, his chest brushing my shoulder as he reached for the milk. “Heard you from my room,” he whispered against my ear, his lips brushing my lobe. “Heard every scream and whimper. Took everything in me not to rush back to your side.”“Why would you care?” I brushed him away, stepping far from his grasp. My gaze hit the melting snow out the window as I stood at the kitchen sink.Again, that heat followed me. Again, the hairs rose on my head. Like the days of old, Diesel’s hands came to rest on my hips. He pulled my ass into his body, and for one second a thrill raced through me at the thought that he would take me from behind.Instead, he leaned down over my shoulder, those hands smoothing over my hips. “It’s my job to care.”“You son of a—” My palm flew at his cheek and landed with a crack. His face flew to his right, that cheek blazing red. I pulled my palm to my open mouth and tried to stifle my gasp.Those bright, bright eyes sparkled like gems as he turned them back my way. His nostrils flared and he gave a single nod. Then, without warning, he scooped me up and set my ass on the counter with a thud. He pressed his way closer, those slim hips sliding between my legs, those hard abs nudging against my core.“Don’t need you to like me,” he whispered into the crook my neck as his nose trailed along my flesh. And God, a tingly sensation zinged down my skin, meeting up with his long, hard length where it prodded between my legs. I grasped him as he rocked into me, holding on to those strong shoulders, my legs tightening around him as my body lit up. “An’ I don’t need to like you. But we’re stuck together, so you best let it go. Got that, darlin’?” 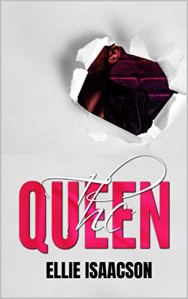 Ellie Isaacson has been an avid reader her whole life, but a couple years ago she had a dream that she just couldn’t forget. She cultivated that dream and began writing, which became a dream of a different sort. Ellie is thrilled to be able to share her passion with her readers. As an accountant and an author, she slings numbers by day and words by night. She’s also a wife and a mother of two amazing boys.