My Daze of Dancing with the Dark Muse

(Better to Burn Out Series Book 1) 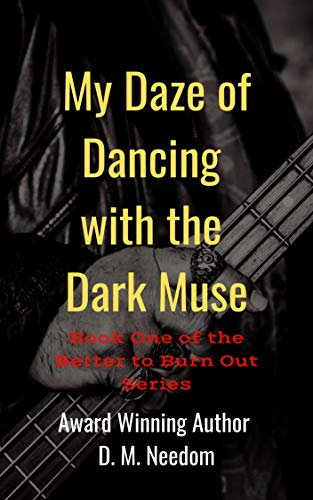 Some say, Nigel Hartagan is a legend, and that’s certainly true in his mind. He seems to have everything; a successful music career, a talented wife, and beautiful daughter, but nothing is as real as it appears from the outside.
When a temptress, he calls the Powder Goddess comes into his world, Nigel soon discovers a monster lurking inside him. Everything he once treasured has become worthless as he slips further into the Goddess’s clutches. The inner beast takes control and debauchery becomes his goal.
While he loves his new Goddess more than his musical mistress, Nigel soon begins to question if the price she requires is too high as he realizes he’s in a battle for his life.
Mature Content 18+ 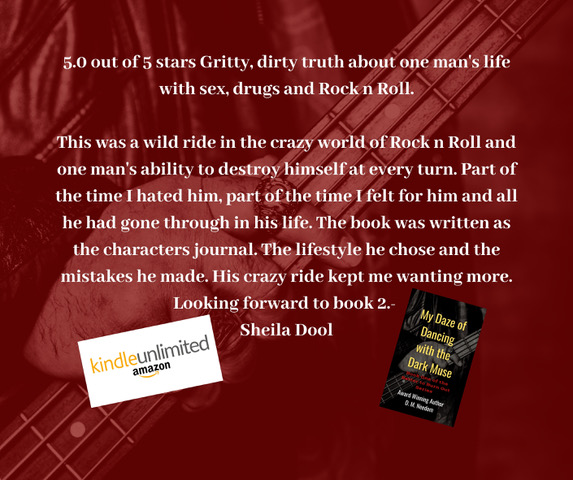 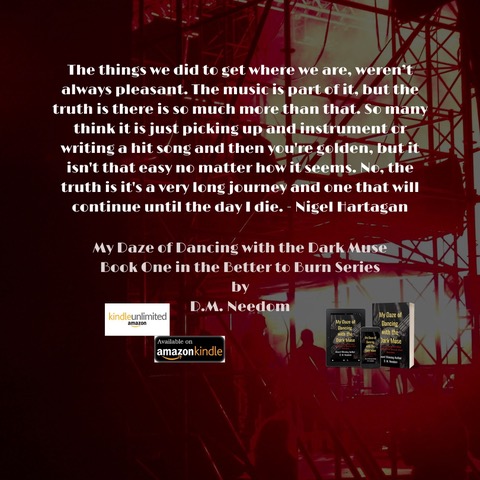 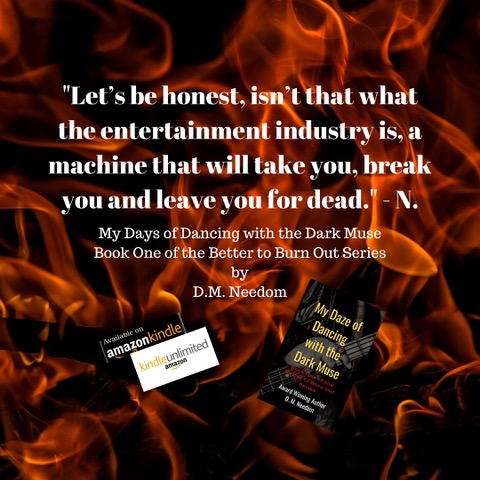 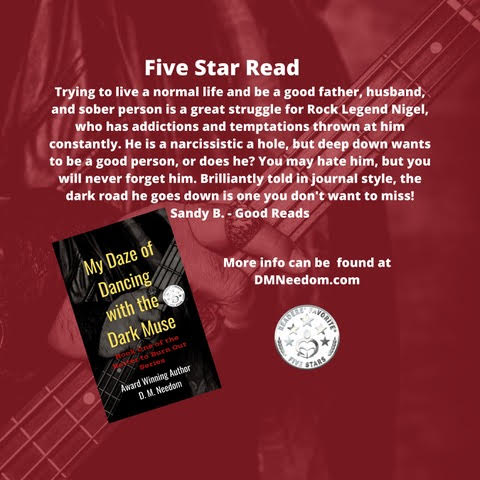 “Pay close attention to the word DARK in the title……………..
What this book is not – A Rock Romance or Is it?????
What this book is a detailed train wreck/can’t look away/front row seat into the life of the vilest person you will ever read about.” ~ Kathy Aronoff
“For anyone who wants to read about the dark gritty underbelly of fame in rock & roll, don’t miss this book! It deals with all of the bad things things that can come with fame: sex, drug’s, and how it is all dropped into your lap at all times.” ~ Sandra Barg
“This was a wild ride in the crazy world of Rock n Roll and one man’s ability to destroy himself at every turn. Part of the time I hated him, part of the time I felt for him and all he had gone through in his life. The book was written as the characters journal. The lifestyle he chose and the mistakes he made. His crazy ride kept me wanting more. Looking forward to book 2.” ~ TL Grace 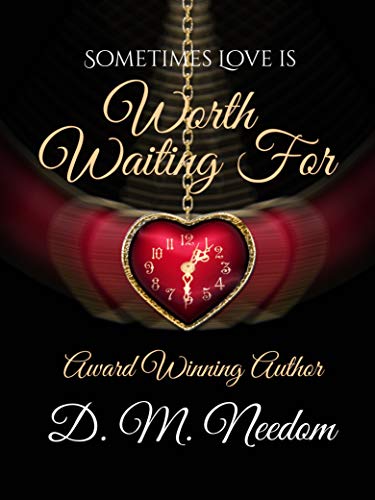 Jenn Poff had a hit movie, but since her television series was canceled, auditions have been few and far between. The lack of auditions hadn’t been a problem because it had allowed her to spend time with the love of her life, Wes.
There were only two things that Wes Blenkenship lived for, singing and Jenn. While his good looks and velvet voice had ladies begging to be with him, Jenn was the only one who understood him and loved him for who he was and not illusion his fans had created.
However, one night, something happened which would alter their lives forever. Jenn now finds herself asking, is she willing to give up five years to give Wes his dream? 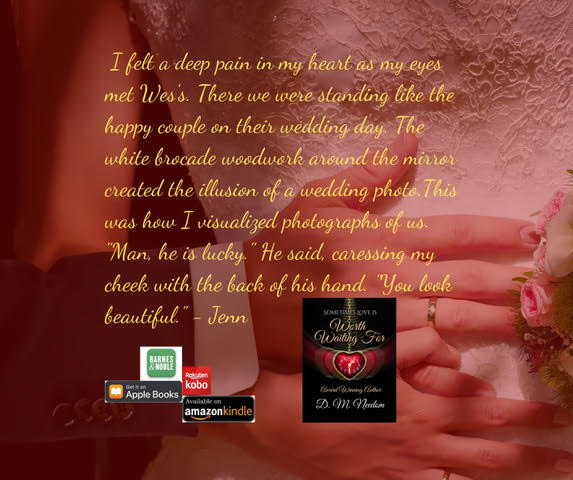 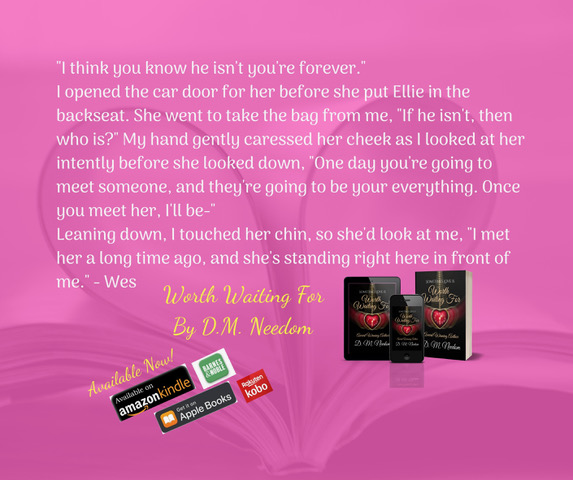 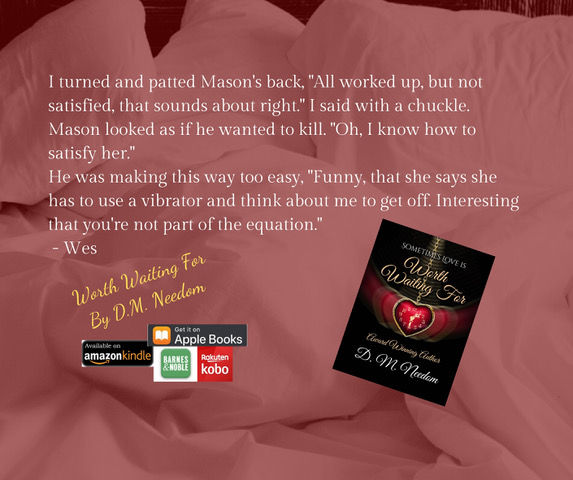 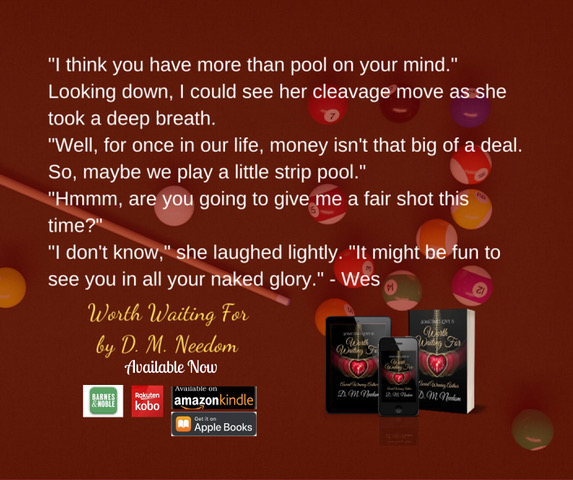 “Jenn Poff is a down on her luck actress whose career is sputtering. Wes Blankenship is the love of her life and lives to sing and write music. Mason is a Hollywood hot shot who offers to help Jenn jump start her career. Mason’s number one priority is himself and how the public sees him. Jenn doesn’t realize his offer to help her comes with some really big strings attached.”
– Stephanie B.
Seriously, the story has some gritty real moments captured, and we have to remember to get mad at characters, not the translator that is the author.
I really appreciate Ms Needom’s use of natural vernacular with her characters. If someone says they are “Fixin’ to” work on something, it may not be proper grammar, but it is relate-able dialog.
Seeing real conversations of the characters make the story flow seamlessly, as though I could meet them.
If you are looking for a romance that is not your standard ‘bodice ripper’, written as if the walls were writing, this is a wonderful Summer (or anytime) read.
I have a feeling we will be seeing more from DM Needom’s diaries from the secret crevices in Hollywood- here’s to hoping.
~ Sg
I just finished worth waiting for and I’m so glad it was worth waiting for. Seeing The Journey of this couple brought into my awareness all of the times that I have done stupid things. And it’s very easy to say oh don’t do that you know it’s going to turn out bad, but in in my own life I have been unaware, just like the couple in this book. All the things they do are the Journey Into the love that they have for each other. It gives me hope at finding the love I so desire you still worth waiting for. ~ Rita Morgin

I always dreamed of this moment, now though I was filled with uncertainty. When I fantasied about it, I’d lay in bed and think about what I’d wear, the flowers, everything that would make this the best day of my life. However, as I gazed at my reflection in the full-length white oval mirror, I knew this day would be beyond every little dream I had. Sure, I looked prettier than I ever thought I’d be. However, this wasn’t the wedding I wanted. My dress was gorgeous, and while I had picked out a simple white halter dress, my mother and Mason had other ideas. Their choice was this exquisite white strapless, lace, and pearl beaded form-fitting dress. I glanced at the huge sapphire cut diamond engagement ring and thought about how much my life was about to change and felt my stomach twist. To everyone on the outside, I should be happy as I had everything now. This should’ve been my crowning moment of all the success I’d been blessed with, but it wasn’t. 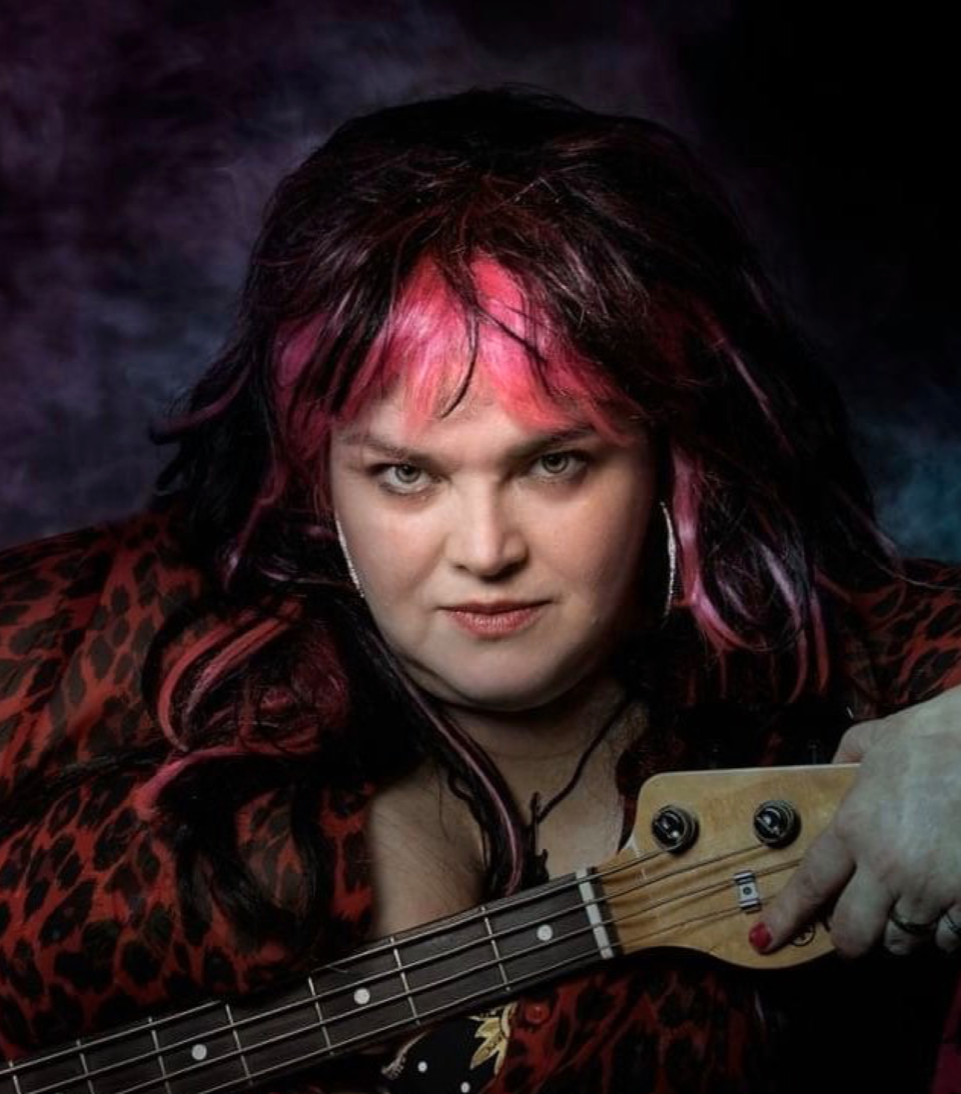 D.M. Needom has been creating stories since she was a kid and finally started committing them to paper when she was in high school. While most of her classmates went on to college, she opted to take a different and often exciting and sometimes difficult life path. While she did attend college on and off during this journey, she appreciates, the opportunities she had working in the music, television, and film industries. She now realizes this adventure gave her the life experiences she needed to complete her book.
Originally from New Orleans, she now calls the North West Burbs of Chicago her home with her wonderful husband and their two fur babies; Chloe, kitty, and Cami, pup. Besides writing, she enjoys intuitively reading Tarot and Oracle for others. She also enjoys watching a variety of television and movies though often finds that there isn’t enough time in the day to do this and write.
In 2010, her short story Immortal Love won the Vicious Seduction Award from the Key Publications Network. She also holds memberships in the Author’s Guild and with the Romance Writers of America.
Follow the Author:
Website: www.dmneedom.com
Amazon : https://www.amazon.com/D-M-Needom/e/B07SLKRGGR?ref=sr_ntt_srch_lnk_2&qid=1587584972&sr=1-2
Goodreads : https://www.goodreads.com/author/show/19174362.D_M_Needom
Facebook: https://www.facebook.com/D.M.NEEDOM/
Facebook Group: https://www.facebook.com/groups/BettertoBurnVIP/
Facebook Readers Group: https://www.facebook.com/groups/479836589246884/
Twitter: https://twitter.com/DaunaD1
Instagram: https://www.instagram.com/dmneedom/
Pinterest: https://www.pinterest.com/DMNEEDOM/
Bookbub: https://www.bookbub.com/profile/d-m-needom
Spotify: https://open.spotify.com/user/8icxqimvrhsf44z3uz5rhayd7?si=-Mnifu-tSl-EcH9kYPBocQ
Wes Blenkenship Character Interview : https://clairissasinclair.wixsite.com/website/post/wes-blenkenship-is-worth-waiting-for?fbclid=IwAR2YF3O9qjYFqKyvO0Jb2FiJXQ-LwABd-yho8NdtiKYhDggEBb7ajerivqE
Blog: https://www.dmneedom.com/blog?fbclid=IwAR3IV4fs_vP5UhWlAHwh71yI70fGPZqIAldBWngKFAJ0IAnSl4S2c5u7Brw