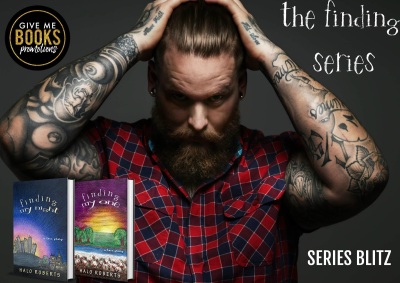 Title: Finding My Night
Series: Finding #1
Author: Halo Roberts
Genre: Steamy Romantic Comedy
Blurb
Second star to the
right…
I wish it were that
easy. My father once told me to find my night, but I’ve given up. All that’s
left is a tattooed reminder and the distraction that smells of jasmine whirling
around my kitchen.  ~Nick
He’s quiet, serious
and so hot. I want to shake his world, and his bed, like a snow globe. But he’s
my boss, and so far out of my league that we’re not even playing the same
sport. ~Bree
Far from
star-crossed, Nick and Bree are thrown together when fate, a guy named Frank,
recommends Bree for the job as Nick’s personal chef. Cue the insanity with
kittens, a crumbling mansion, and the cream puff fiasco, on a sweetly hilarious
romp with delicious bits of heat. Spoiler alert: you may need to toss this book
in the freezer periodically.
ADD TO GOODREADS 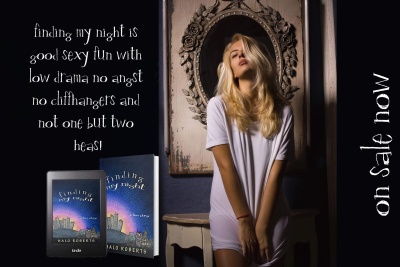 Title: Finding My One
Series: Finding #2
Author: Halo Roberts
Genre: Steamy Romantic Comedy
Blurb
Blue skies and dirt
roads and peaches, oh my…
A real job with the
family business or goodbye trust fund…my parents have lost their minds. The
icing on this craptastic cake is setting up headquarters in some backwater
southern town, complete with a partner…a growly, handsome, confusing,
deliciously enticing partner. –Veronica
Her parents aren’t
paying me enough. I’ve got a farm to run and a kid to raise, I thought they’d
send someone that actually understood farming when they contracted me. Instead
I get a city girl…a spoiled, smart, sassy, gorgeously tempting city
girl. -Shane
Things are heating
up in the country…
ADD TO GOODREADS 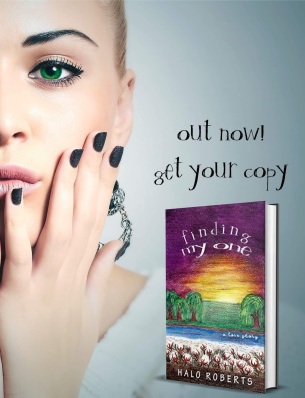 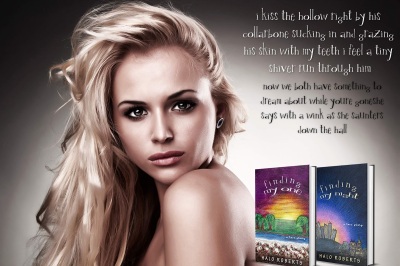 Halo Roberts is a writer of steamy rom-coms, lover of coffee
and dark beer, and spoiler of two fat cats affectionately known as the Bitchy
Betas. She’s living happily ever after in Iowa with her very own hunky farm
boy, and a small herd of stubborn mules that look a lot like children.
Author Links