I’ve never been the type to get on the wrong side of the law until the day I did. I was given two options, to either go to jail for a very long time or become an agent for the CIA. I’m unlike any other agent, though. Most of my colleagues don’t have families like I do. You see, I’m Romanian and the purest of blood flows through my veins.

Since time has passed I believe I was targeted because of who I know. Otherwise I wouldn’t have been sent on this mission, to take down Franco Falcone of the New York Crime Family.

There’s just one problem, my mission requires me to act like I’m interested in him. If my heart didn’t belong to another this could be easy, but it isn’t because my heart belongs to Marcellus Baptiste.

Add to your #TBR Here: https://bit.ly/2WQYGCG 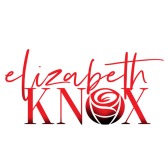 Elizabeth is a romantic suspense author most popular for her Mob and MC books, the international bestselling author of Reign, Redemption, Revenge, Relentless, Reckoning, Promised, The Trade, Tough as Steele, Stripping a Steele & Blackjack. 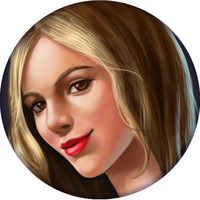 I have been writing since I was just 4 years old, starting with poetry and short stories. Writing has always been in my blood, and I began writing as a professional in marketing and ghostwriting almost 7 years ago. After writing thousands of things for others, I decided it was time to share my own things with the world. I hope to start doing this full time and be at least somewhat of a success.