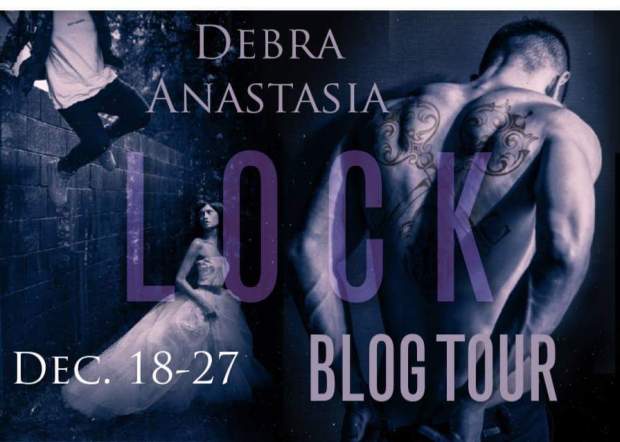 The whole series is in KU! That’s a lot of story for your holiday vacation. This series has received RAVE reviews. 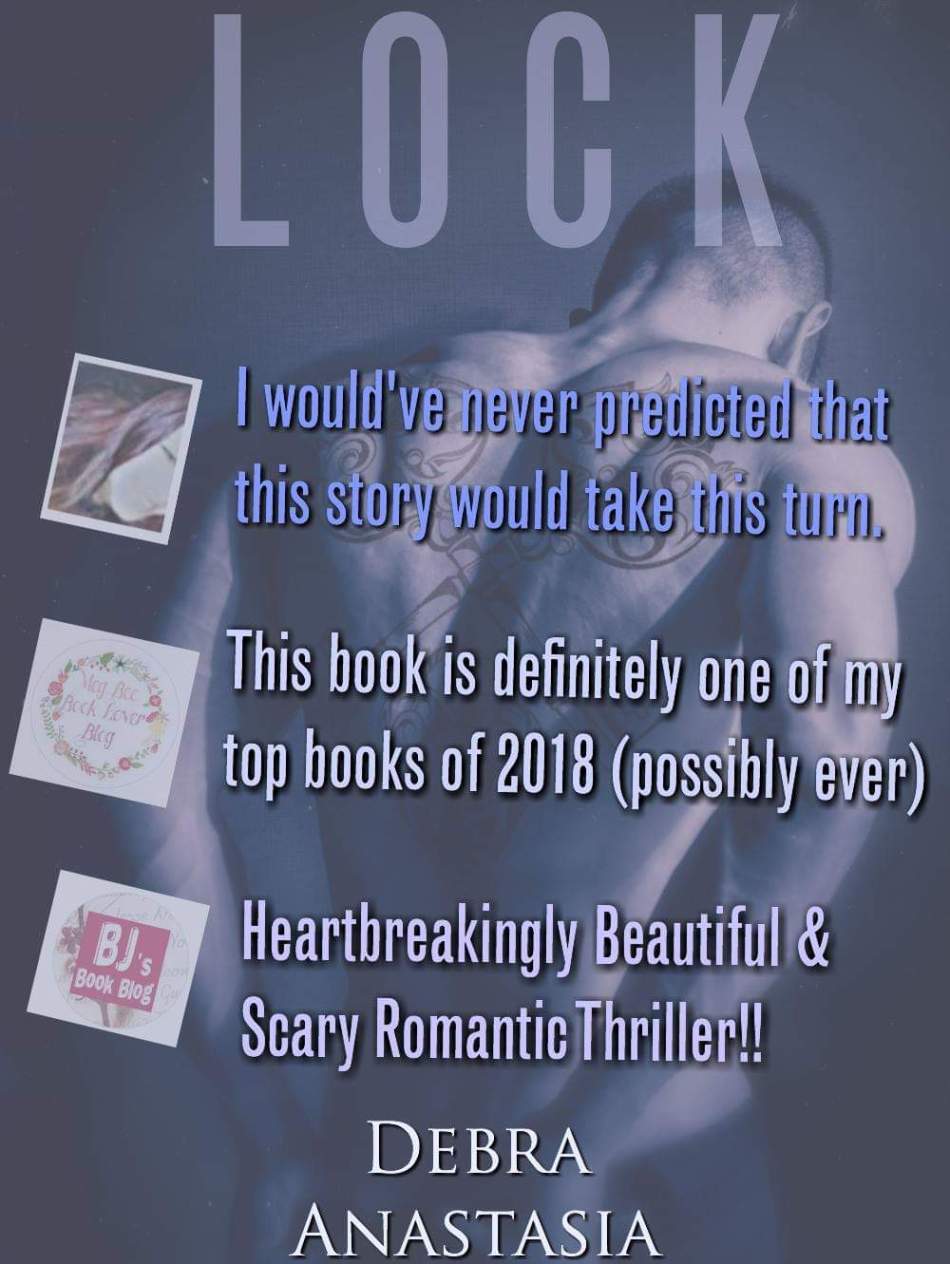 LOCK
I met her among the chaos of a gang fight – one that I inadvertently started.
Ember.
Beautiful, feisty, and passionate. And the sister of Mercy, an infamous assassin.
We fell for each other, hard. Until forces outside of our control intervened.
Now, she’s a prisoner, doing everything she can to keep her family safe. And I’m her guard, doing everything I can to set her free. I’d take a bullet for her…Hell, I’d take a few.
In this dark, twisted world, we only have each other. But I have to wonder, is that enough?
On Kindle NOW: https://amzn.to/2LhatUR LOCK in gorgeous PRINT

There are a lot of eyes in Debra Anastasia’s house in Maryland. First, her own creepy peepers are there, staring at her computer screen. She’s made two more sets of eyes with her body, and the kids they belong to are amazing. The poor husband is still looking at her after 17 years of marriage. At least he likes to laugh. Then the freaking dogs are looking at her—six eyeballs altogether, though the old dog is blind. And the cat watches her too, mostly while knocking stuff off the counter and doing that internal kitty laugh when Deb can’t catch the items fast enough.

In between taking care of everything those eyes involve, Debra creates pretend people in her head and paints them on the giant, beautiful canvas of your imagination. What an amazing job that is. The stories hit her hard while driving the minivan or shaving her legs, especially when there’s no paper and pen around. Within all of the lies she writes hides her heart, so thank you for letting it play in your mind.

Debra has written a smattering of books in a few genres. There are two paranormal romances in the Seraphim Series and now four contemporary romances in the Poughkeepsie Brotherhood Series, Fire Down Below and Fire in the Hole, complete the Gynazule Comedy Series. The Revenger, a dark paranormal romance, is finally in the light, and the last, a novella called Late Night with Andres, is special because 100% of the proceeds go to breast cancer research. (So go get it right now, please!)