Hello loves! I’m super excited to bring you guys another sports release!!! Take a look at The Long Ball by Aria Cole!! 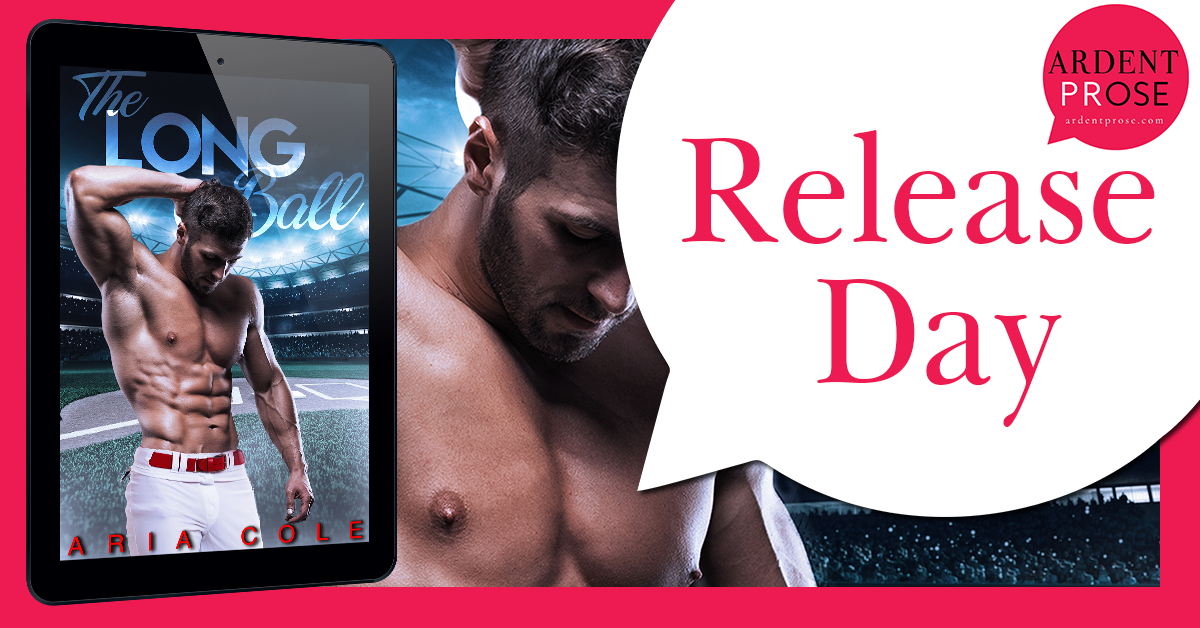 The star player with a troubled past…Cash Greenwood escaped a difficult past by becoming a star baseball player. Now, one of the major league’s rare double threats, all his effort is thrown into the sport. He’s never had any interest in women, until he meets the one woman who wants nothing to do with him.The daughter of baseball royalty…Delilah Gray’s life revolves around numbers, research, and data. She has no time for anything messy like emotions or relationships. Especially not when they come in the sexy guise of a baseball player. She’s seen first-hand the devastation caused by dating a man obsessed with the sport, and that’s one risk she’s not willing to take.She is one curveball he never saw coming…But this is one pitch Cash is determined to hit out of the park. Sexual tensions run high and feelings start to develop, but will Delilah ever see that they could have a solid future together? Determined to make her his, she may just prove to be the hardest game of Cash’s life.WARNING: The Long Ball features an obsessed jock with six-pack abs in tight pants determined to get his girl. If syrupy sweet romance and fiery passions appeal to you, then hold onto your panties because this one may just hit them out of the park.
Watch the trailer HERE

Delilah
“So I fisted her ass in both my hands, slammed her against my front door, and right there in the hallway, man, her hands go for my di—”
“Hey, boys,” I chimed in just before one of the players went into a graphic story about his latest sexual conquest.  I rolled my eyes at Cash across the room, propped on a bench in the corner observing everyone.
“Ms. Grey.” The players’ eyes roamed up and down my body, sending a painful shiver through me. Baseball players are douchebags. I never thought I’d find myself here, behind the scenes and working with these rowdy, testosterone-injected jocks. But the coach was an old family friend and I couldn’t exactly say no, and for a former ball player he was a decent guy—married since he was twenty-one to a wife he adored—he kept his nose clean and was never known for any destructive behavior. I only wished that the other ball players in my life were like him.
“Prepared to play the best game of your lives tonight?” I stopped, nailing them with my eyes so they knew I meant business.
“Sure thing, hot stuff.” The player winked. I groaned inwardly just as my eyes landed on a soft, sympathetic gaze caressing mine.
“Show the woman some respect, asshole.” Cash socked him in the shoulder, then turned. His eyes nailed mine, and I felt my lungs empty like rapidly deflating balloons. I still didn’t know how I managed to keep my wits about me yesterday. Then last night while in bed, his dancing dark brown eyes and his cocky mouth ran through my head, the image so vivid that for a few moments I thought I could reach out and touch him.
The things Cash Greenwood made me feel didn’t at all sit well with me. He was arrogant, conceited, and without a doubt a total manwhore, just like all the other players on the team. I remembered the headlines when his buddy Rodriguez had been caught getting lucky with a fan in the locker room a few years ago. That was a shitstorm, and so was he. And considering they say like attracts like, I was pretty sure Cash enjoyed the same excesses. He was just lucky that his escapades were yet to be caught on camera.
“Mornin’.” Cash’s body pressed up against mine, his fingers trailing across the skin at my wrist like a kiss. His kiss. What would Cash’s kisses feel like? I could just imagine my fingers tracking along that rugged jawline, his broad palms splayed across my back when he pressed his lips to mine. I quickly snapped out of my reverie.
“All right, Ms. Grey?” Cash breathed against my neck and sent an explosion of flames through every last nerve ending I possessed. His breath was warm and tempting, almost intoxicating in its allure. “
I’m fine, thank you.” I swallowed, taking a single step back and averting my eyes from his. “And good morning, Mr. Greenwood.”
“Enjoy the game? ” His lips hovered just inches from mine, close enough to send waves of arousal pounding through my blood.
“I told you, I don’t like—”
“I know, I know, but I’m hoping I can change your mind about that.”
“Doubt it. I’ve spent too many hours of my life in the dugout. I know what to expect, and it’s not for me.”
“Spent a lot of time in the dugout, huh?” He tipped his head to the side, narrowing his eyes as he worked over my words.
“Grew up in one.” He arched an eyebrow. “So…you must have someone in the family who played ball?”
“Maybe.” I grinned, turning on my heel and retreating down the long hall that led to the field. I hadn’t meant to reveal that bit of information about growing up in a ball field, but that doesn’t mean I had to reveal anything else. I never told anyone about my childhood. The chaos that surrounded it was already too much for me to bear. I wasn’t interested in rehashing any of it. 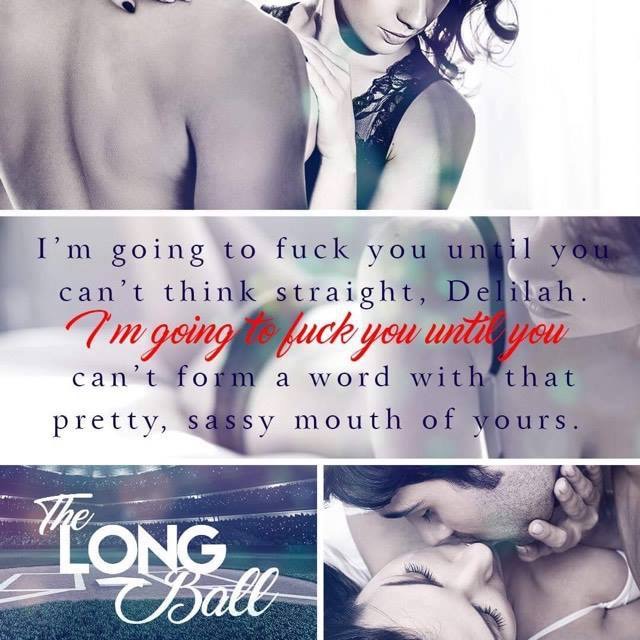 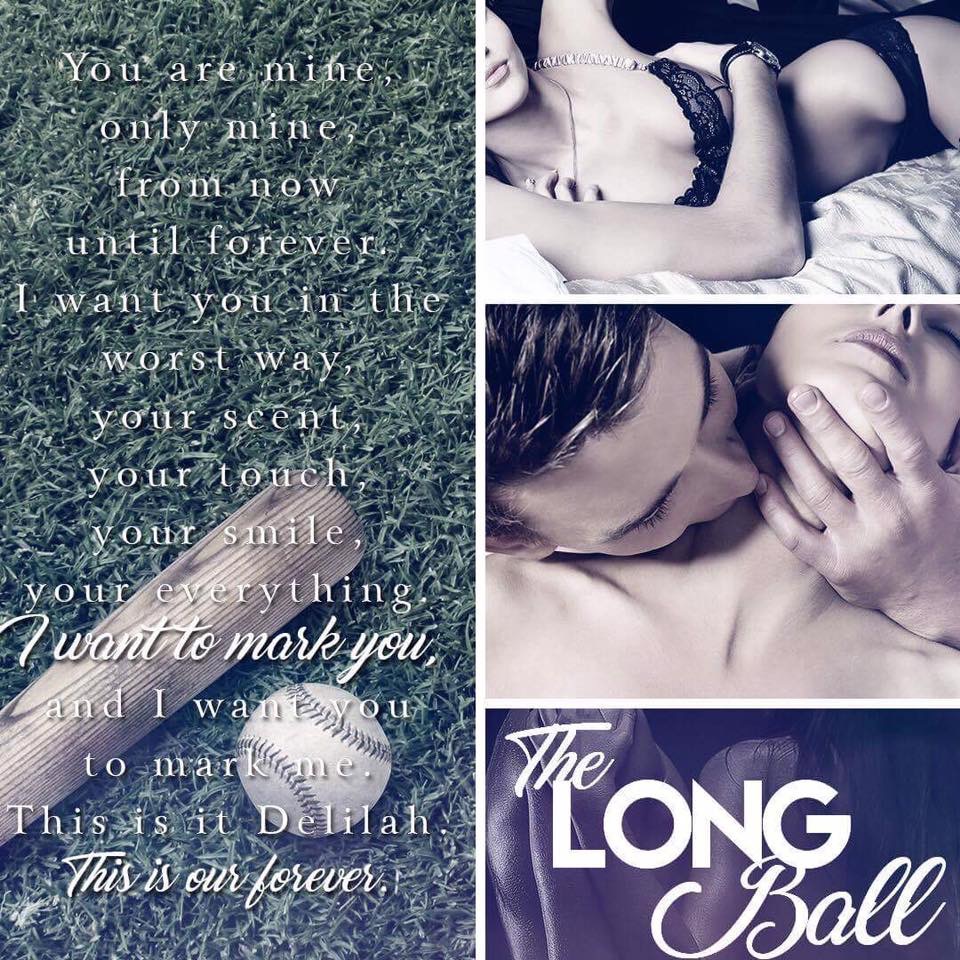 Aria Cole is a thirty-something housewife who once felt bad for reading dirty books late at night, until she decided to write her own. Possessive alpha men and the sassy heroines who love them are common, along with a healthy dose of irresistible insta-love and happily ever afters so sweet your teeth may ache. For a safe, off-the-charts HOT, and always HEA story that doesn’t take a lifetime to read, get lost in an Aria Cole book!Follow Aria on Amazon for new release updates, or stalk her on Facebook and Twitter to see which daring book boyfriend she’s writing next!Sign up to get a NEW RELEASE ALERT from me! http://eepurl.com/ccGnRX
Twitter  Facebook  Goodreads  Amazon